If you’re a vegetarian in Phuket, you might be wondering how difficult it is going to be to find food for three meals a day! Not so hard. That’s the easy answer. Here’s why… Besides the fact that the biggest celebration outside of Songkran each year is a vegetarian festival in Phuket, there are many vegetarians in Thailand, especially in the islands because they typically come here as backpacking visitors from other countries. They’re young and environmentally conscious, concerned about the world and what they put in their mouths. There are enough vegetarians coming to Phuket on a regular basic that it makes sense for businesses to focus on them.

There are plenty of restaurants for vegetarians in Phuket, not just to serve foreign visitors, but also because there is a major event every year in Phuket, and other Southern provinces, called the Jae Vegetarian Festival. Tens of thousands of Thais taking part in the event will eliminate all meat and alcohol from their diet for the period of the festival – usually nine days in October during the first part of the ninth Chinese lunar month.

This year the festival will be held from October 20 to October 28. Many of the vegetarian street food vendors put up and break down their stands to coincide with the festival. Others have full restaurants that are open year-round. Look for yellow flags outside the restaurant which usually signal that it is vegetarian friendly.

Some popular Thai vegetarian dishes you can ask for during the Vegetarian Festival?
- Pad Thai – stir fried noodles with bean sprouts, tofu, a lemon wedge and some greens. You can ask for it without peanuts if you wish by saying “mai sai too-uh, krup” (or ka for women).
- Pad Pak – stir-fried vegetables dish you can have with rice. Usual vegetables include cabbage, carrots, bok choi, mushrooms and sometimes morning glory.
- Pad Pak Boong – stir-fried morning glory with garlic and chilies. If you don’t want it very spicy, just let them know by saying “mai pet, krup” (or ka for women). 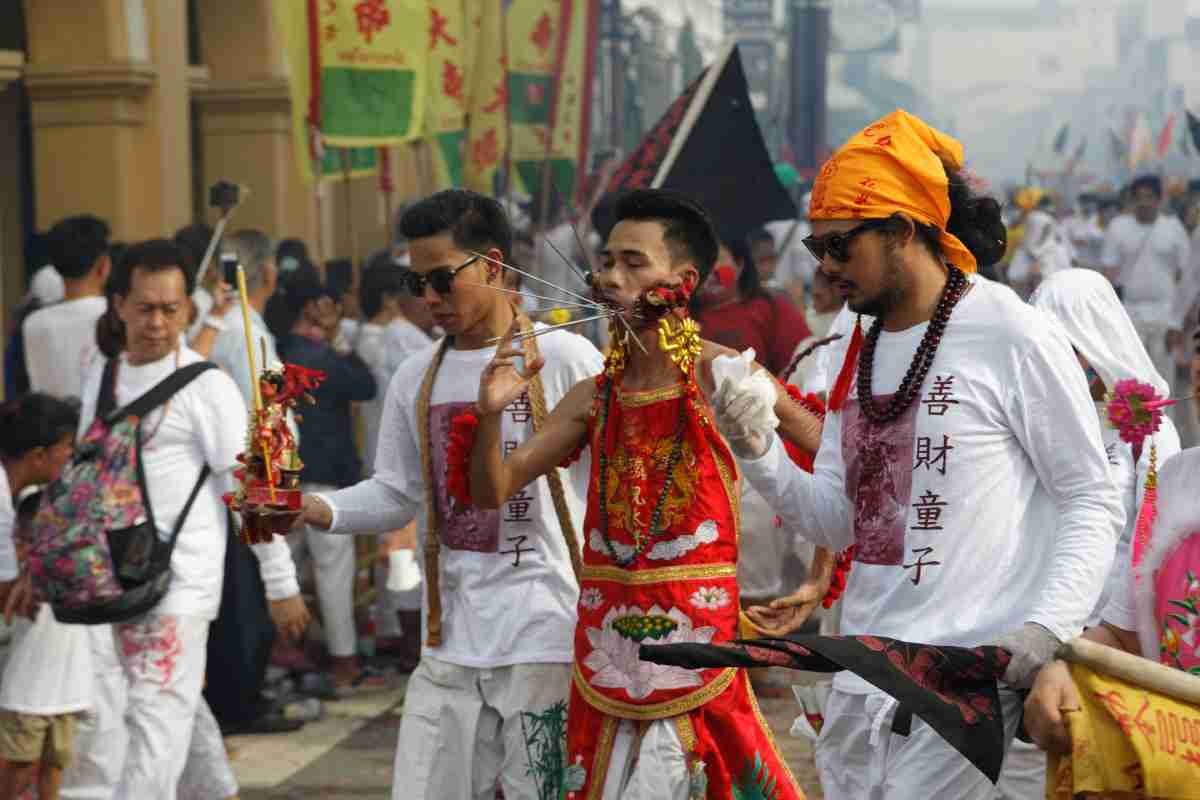 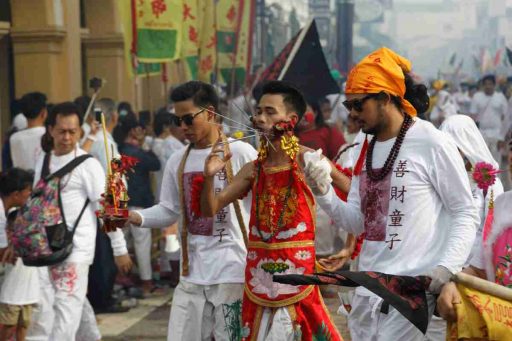