Wake Boarding only came recently in Phuket, but where did the sport begin?

Wake boarding's roots began in the 1970’s, just after snowboarding was starting to take hold. In Australia and New Zealand they began pulling boards behind boats. Over the years a few different pioneers there and in the USA created better boards and binding systems. Today boards are buoyant with a foam core, and coated with smooth fiberglass. The bindings, along with shallow or long fins, allow tricks like flips as the wake board remains attached to your feet.

Wake boarding in Phuket, without boats or personal watercraft pulling you, means there is no wake that you can use to launch off the water with. Instead, there are ramps located in the water to help you get some air.

In the middle of Phuket Island, Kathu and Thalang districts, you'll find two great wake boarding parks located on private freshwater lakes. Both businesses have closed-course cable systems so you don’t have to worry about boats buzzing around and pulling other wake boarders across your path, or running you over with boat propellers! Both parks have over 600 meter tracks, plenty of space to get some nice long rides.

Some wake boarding lingo…
- Pop – amount of air you get during a jump.
- Heel Side edge – approaching the wake of a boat from outside the wake.
- Toe Side edge – heading toward the wake from inside the wake.
- Switch Stance – switching the forward foot at will. Requires centered bindings.

Both businesses have a restaurant, bar, massage, and a store where you can buy swimwear, clothes, sunglasses, as well as wake boards and accessories. If you've never practice this sport before, there are trainers on site who can get you started standing up for the first time. If you’re looking for more challenges, trainers can also demonstrate more advanced moves.

Wake boarding is an incredibly fun activity which can be enjoyed by teens and adults – and even kids when they ride with adults on the same board. 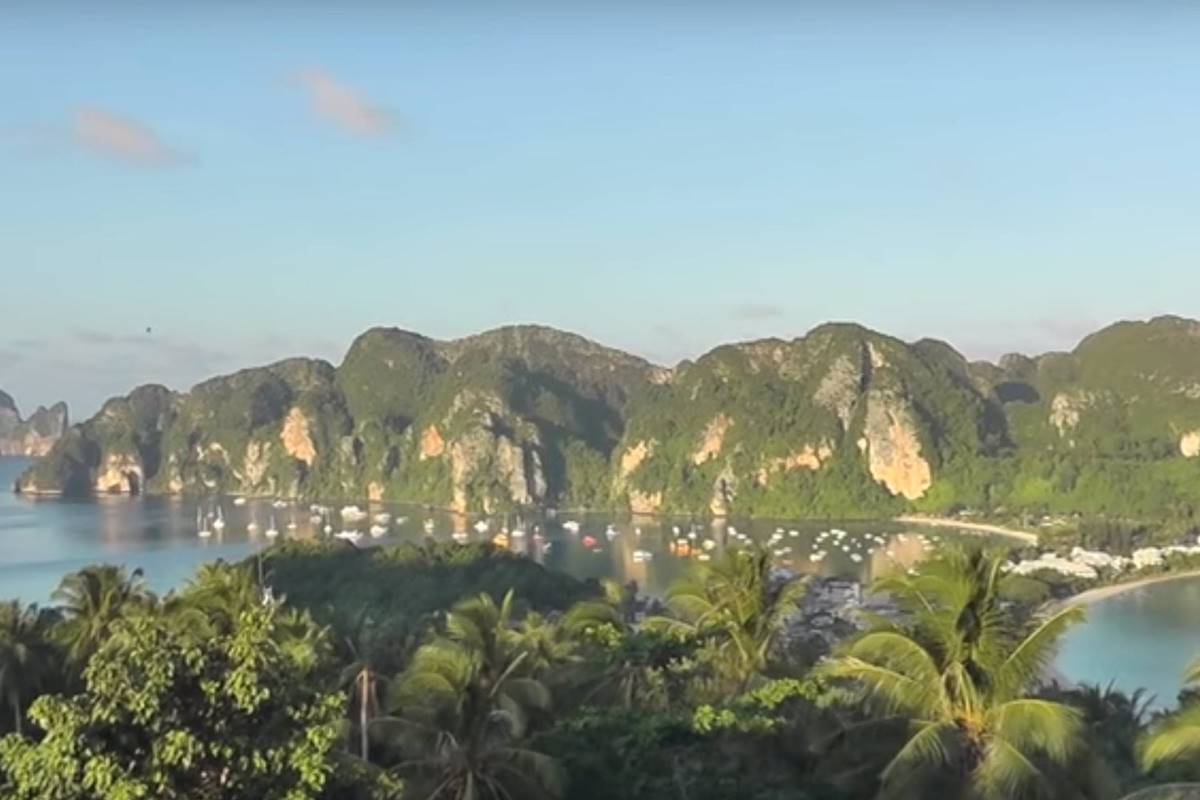 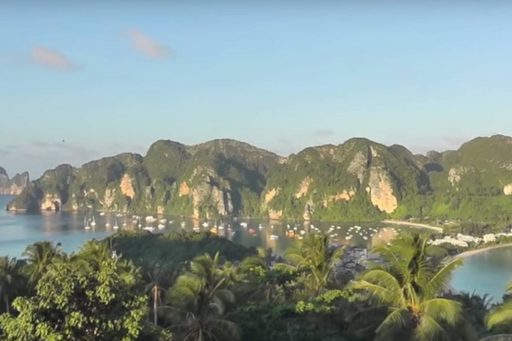 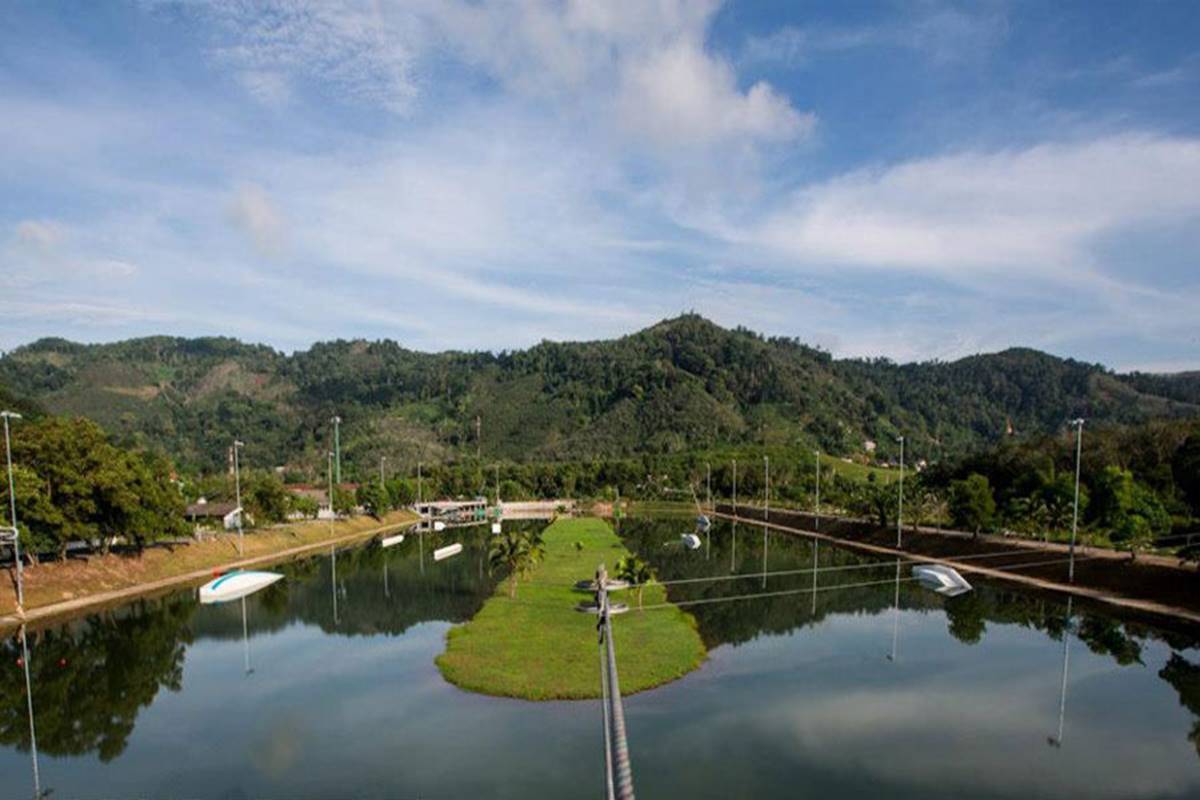 Phuket Wake Park is located on Vichitsongkram Road in Kathu district, close to the Kathu Waterfall….. 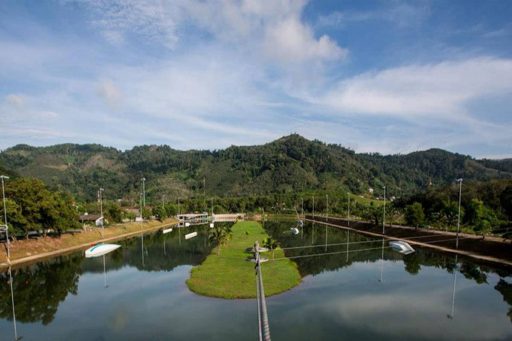 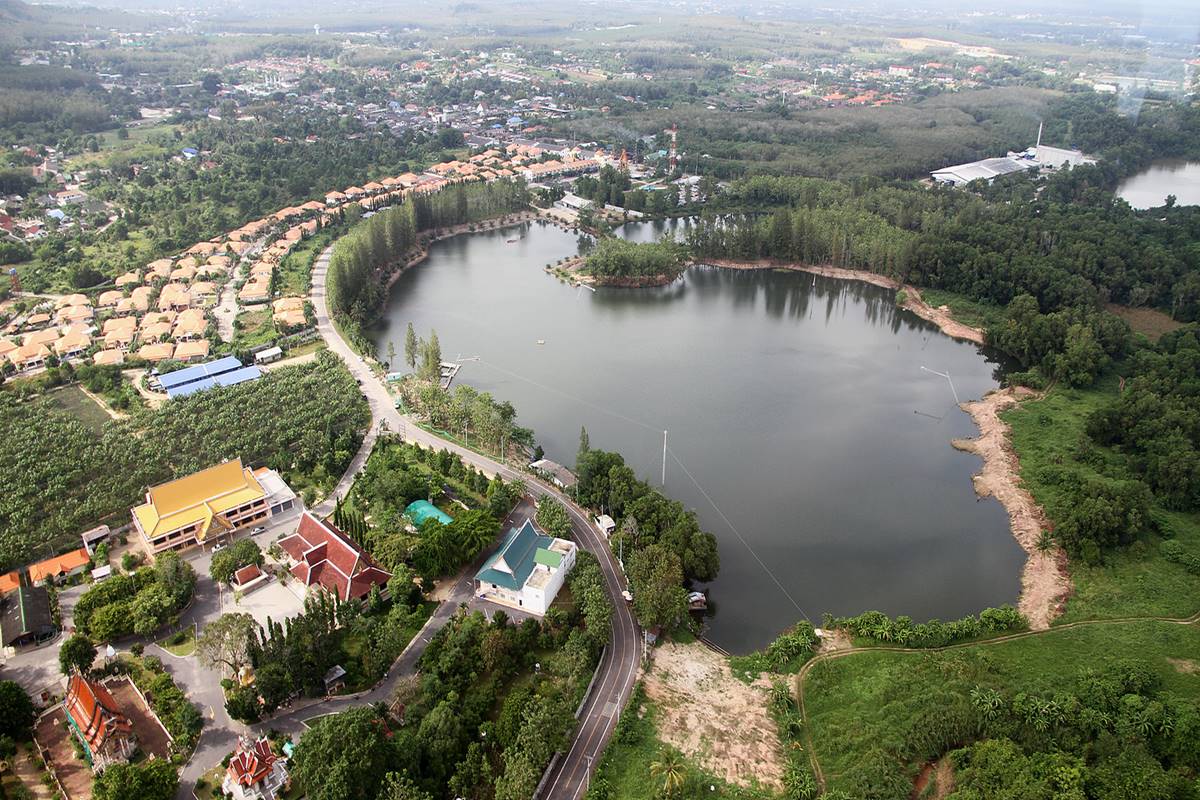 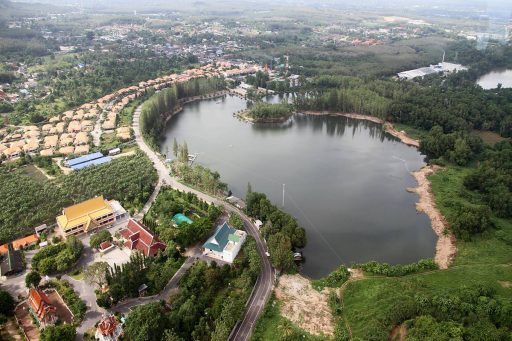