Mai Khao Beach (white wood beach) is the longest stretch of sandy beach on the Island of Phuket, Thailand. The last part in the north is also called Sai Gaeo beach and is near the Sarasin bridge. There are some restaurants around but they are not on the cheap side.

Mai Khao Beach starts at the northern part of Phuket, right behind Sarasin Bridge (the gateway to the island of Phuket), and goes on for 11 kilometres (15-25 metres wide) until it transitions smoothly into the northern part of Nai Yang Beach which happens to be the beginning of the Sirinat National Park as well. The north part is most of the time empty so you might feel lonely; you might also want to bring your own drinks, food, umbrella and towels.

For many the one unique feature, besides a string of five star hotels and resorts well hidden behind the “wall” of Casuarina trees and from which Mai Khao gets its other name, the Sanambin Beach or Airport Beach (Sanambin being the Thai word for Airport), is the fact that you can watch up close the steel giants flying over your head and landing at Phuket International Airport. It does take a little effort to walk to the place but it is worth the trip.

Another attraction, not built to impress but to have fun with the kids and adults alike, is the the Splash Jungle Water Park which delivers just that: a pool, with artificial waves and a rather high “High Slider” sliding down tunnels as well as spinning funnels, makes this place a worthy alternative to the nearby Mai Khao Beach.

Dining in an exquisite location with five-star service, indoors with air con as well as outdoors with cooling sea breeze, is easily found in the resorts along Sanambin Beach. Also, if you are in need of spending money on souvenirs or just on yourself, the Turtle Village is here to rescue you: with most of the big shopping malls out of reach, you have the choice between fashion boutiques, jewellery and souvenir shops or something as mundane as a supermarket.

During the Songkran Festival, the water festival held every year in November, you can join the fun experience of releasing baby turtles into the ocean by sponsoring it and delivering them yourself to the sea. 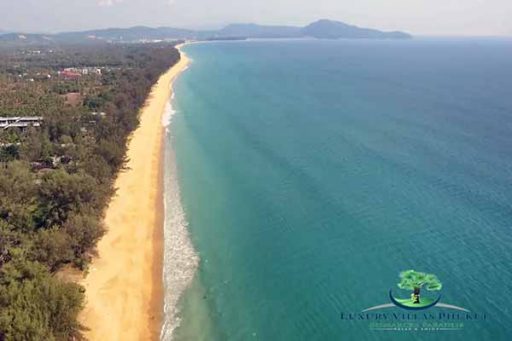